“In prosperity our friends know us; in adversity we know our friends.”

If you are an underclassman (in your first few years) majoring, involuntarily, in Life after the Death of your Child, you may find yourself bewildered at the flight of your friends, at the loss of your former support system, and at the dead air you’ve heard crackling since the death of your child. The phone has stopped ringing. The emails have ended. The holiday cards are conspicuously absent. The voice messages you left (“Hey, friend’s name here, just checkin in. Hope all’s well. Talk to ya soon. Love ya.”) have yet to be returned. The summer visits are no longer anticipated. The secrets you’ve shared have gone underground. And, at this point you’ve run out of excuses for their absence. You’re angry. Hurt, abandoned—left for dead. And, if it’s even possible, you’re sadness has deepened.

Okay, so this was my experience.

If you have not experienced the disappearing act of friends since your child’s death, then you’re very lucky. For now. And you don’t have to read any further. Unless, you just want to see how this ends.

The truth of the matter is: after the death of your child, some friends will disappear. For whatever reasons they may have, and you may never know…

They were at your side throughout those funeral days, and for the weeks that followed. They were there, then. So what happened? I will tell you. Grief happened. Reality. Adversity. Trauma. The worst, most taboo thing that could ever, ever, ever happen, happened. And, maybe, this dead-mom-walking is too scary to be around? Even though she’s still the same person…funny, mischievous, good-natured, forgiving, and loyal, though somewhat lonelier now.

It seems to be a common thread that runs through the lives of those who’ve lost a child: the bewildering disappearance of friends. I use the word bewildering because I was, for a significant time, completely disoriented, confused, and at a loss to understand the disappearance of these friends that I’d considered to be my forever-friends. You know, the ones you’ve had since high school, the ones you just know will be there no matter what, the ones you ended phone calls with by saying, “I love you.” They have just vanished.

And I badgered myself! Is it me? Am I now…unlikeable? Not good friend material? Maybe I need to try harder, be funnier, more upbeat, or she won’t wanna be around me anymore. WHAT?! Despite the fact that I was dying from grief, unable to breathe because my son was no longer, I was the one reaching out! Ready to talk about the usual stuff, life, and not just death. And I was questioning whether I was a good friend?  Harassing myself? Angry at myself? Instead of those fair-weather friends?

“Divorce isn’t the worst thing that can happen to you…” Though I meant well, I may have said this to a friend during my stupor. And saw a tinge of discomfort in her body language. I only meant it as encouragement. That her life could only get better. That she’d find love again. Whereas, my life…well, you know…my son will never be alive, so… “I’m sorry, friend’s name here. I was insensitive. I was in a fog then. And you were grieving too. But it’s true now, isn’t it? You found love again, and left me, your friend, in the dust. You disappeared (again)! Why? Were you ever my true friend? No need to reply. Really, I wish you the best.”

It took me a few years to realize that some of my “friends” were really gone. And that I’d been unfriended. And it took a few more years to work on my heart, to let go of these dead friendships and move on. A few more years to release the anger, the hurt. And then, the sadness, which eventually became gladness. Yes. Truth is, I’m now glad these “friends” removed themselves from my life.

If you’re experiencing the bewildering flight of “friends,” the loss of your former support system, and you’re hearing the crackling of dead air now since the death of your child, consider this: your heart may be emptier, but it is bigger, wiser. It may take years for you to filter this additional grief. But now, since you’ve read this, it might help you save time and energy. Cut your losses. Let go of the anger, the hurt… And most importantly, turn your sadness into gladness, and move on.

Sometimes it takes darkness and the sweet
confinement of your aloneness
to learn
anything or anyone
that does not bring you alive
is too small for you.

They did not bring me alive, those friends who vanished. Or, maybe they just became too small for me. 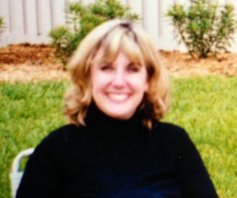 My name is Deanna. I've created Willower.org to share my experience as a bereaved parent. Here, you’ll find words on mindfulness, mourning, motherhood, and the memory of my child, as well as other thoughtful information, resources, stories, poetry, and quotes.

All original content and photographs © 2013 – 2020 Deanna Kassenoff and Willower.org. Unauthorized use and/or duplication of this material without express and written permission from this site’s author/owner is strictly prohibited. Excerpts and links may be used, provided that full and clear credit is given to Deanna and Willower.org with appropriate and specific direction to the original content.